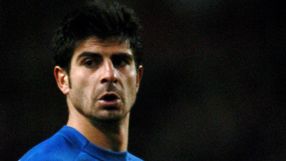 "I'm not Levski coach anymore," Ivanov, twice Bulgarian Footballer of the Year, told reporters. "I resigned because Levski now need an inner peace and there has been a lot of recent criticism."

Former striker Ivanov's third stint as Levski coach lasted just over a week with the Sofia-based club suffering a 1-0 defeat at champions Litex Lovech and a home loss to Ludogorets by the same scoreline.

Levski are fifth in the standings on 45 points from 22 matches, nine behind leaders and bitter city rivals CSKA Sofia, and are likely to miss out on a trophy for a third consecutive season.

Ivanov scored 120 goals in 205 matches during his three spells at Levski as a player between 1997 and 2009 and was instrumental in helping the team win six league titles and four national cups.

"I feel sorry for him, I saw tears in his eyes when he informed me about his decision" Levski owner Todor Batkov admitted. "I didn't want to accept his resignation.

"Let's give him a rest and I hope one day he'll be back, the door is always open for him."

It remains unclear who will succeed Ivanov with Levski playing at city rivals Lokomotiv on Sunday.

Levski, 26-times Bulgarian champions, have already held talks with former Bulgaria coach Stanimir Stoilov over the vacant post but have yet to reach an agreement.