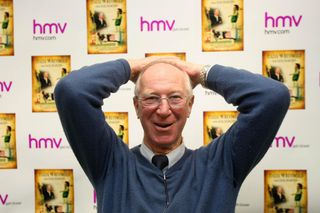 Jack Charlton will be remembered not just as a World Cup hero for two nations but also as a larger-than-life character with a treasure trove of stories.

Here are some of the more remarkable anecdotes either about or told by the former defender over an enormously successful playing and management career.

– He urged Bobby Moore not to play that famous long pass

Recalling the final moments of that unforgettable day at Wembley in 1966, Tyldesley said: “Jack and Bobby had just repelled another West German attack, and the ball fell to Bobby. Jack recounted he bellowed across to Bobby: ‘Row Z!’.

Instead of hoofing it out of play, Moore looked up and picked out a long, searching pass, to which Charlton shouted: “Nooo!”

The pass ended up at the feet of Geoff Hurst and the rest was history. In his speech, Charlton was said to have recalled: “I still wanted to b*****k him. I still wanted to tell him ‘don’t ever do that again.

“But then I realised: he could do that and I couldn’t. He was different from me, I could never be as good as Bobby Moore.”

Perhaps another sign of how humble Charlton was could be seen in what he did with the medal he won in 1966.

John Anderson, who played under Charlton for both Newcastle and the Republic of Ireland, said he made the astonishing discovery on a visit to his manager’s home in Northumberland.

He told the PA news agency: “I remember myself and Kenny Wharton going up to see him and, remember the World Cup coins that you used to collect with the players’ faces on?

“He had a gold set of them and they were in a coal bucket, and beside them in the coal bucket was his World Cup winner’s medal.

“He didn’t blink an eye. ‘They’re in there’, he said, nodding at the coal bucket beside the fire.”

– He had been known to forget his player’s names

Charlton could be known to call his players by their positions rather than their names, and a story recounted by former Ireland midfielder Liam Brady perhaps explains why.

The mercurial midfielder said of his former boss: “Jack Charlton’s first words to me were, ‘You’re number eight, Ian’.

“I said, ‘Ian Brady was the Moors murderer, Jack’.”

– He fell asleep during his audience with the Pope

There were plenty of folk tales from Charlton’s hugely successful spell as Ireland manager, but one that perhaps topped them all was when he promised the team a visit to the Pope during Italia ’90 – and came good on it.

The excitement of the big day was not quite enough to keep Charlton awake, however, as he recalled in a TV documentary how he drifted off while yards away from John Paul II.

After the Pope read his lesson for 20 minutes, Charlton remembered, six other bishops then proceeded to get up and read the same lesson in various languages.

Telling the story on Jack Charlton – The Irish Years, Charlton said: “We sat through this and I found it very hard to stay awake. I was very aware because there was a bank of photographers over the other side.”

Charlton continued: “The Pope was on the third bit of his blessing and he was looking right at me and he had his hand in the air like that (raises hand).

“As I woke up, I thought he was waving at me so I stood up and waved back at him.”

– Even in defeat he could still crack a joke

After that visit, John Paul had picked out Ireland stopper Pat ‘Packie’ Bonner, telling him he would be looking out for him in the quarter-final as he too had played as a goalkeeper in his youth.

Being under the watch of the Holy See appeared to do Bonner no favours in the match against Italy, however. He failed to hold a shot, with the error leading to the only goal of the game and, in turn, victory for the hosts in Rome.

After the crushing disappointment, Charlton comforted the keeper and sent him off to the showers, before drawing on a cigarette and remarking: “By the way, the f****** Pope would have saved that!’