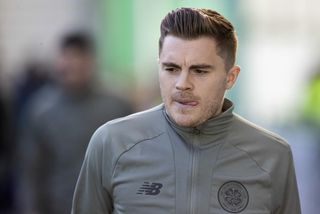 Celtic winger James Forrest has signed a new four-year deal at the club.

The 28-year-old, a Scotland international, will now remain at Parkhead until at least the summer of 2023.

Forrest, having joined the Hoops as a nine-year old, has made 369 appearances and scored 81 goals.

✍️ #Forrest2023#CelticFC is delighted to announce that James Forrest has signed a new four-year deal that will see him remain at the club until at least the summer of 2023!— Celtic Football Club (@CelticFC) October 30, 2019

He has won eight Premiership titles, five Scottish Cups and four League Cups during his time at the club.