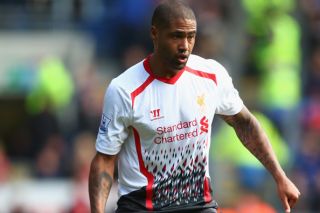 The former Chelsea full-back takes on his former club in a crucial, top-of-the-table Premier League encounter at Anfield.

Mourinho has played his usual mind games in the lead-up, suggesting he would field a team of 'kids' with Chelsea concentrating on their UEFA Champions League semi-final.

Johnson said the attempts to put Liverpool off their game were unimportant, urging his side to ignore Mourinho.

"To be honest, it isn't important. We have got to worry about ourselves and concentrate on our own job," he said.

"I don't see much of it, if I'm being honest, but I can just laugh it off because that is what they do.

"Their situation is different at the minute, as they are in-between Champions League games. We don't know what their priority will be or what Mourinho is thinking.

"You try to ignore all that."

With three league games remaining, Liverpool are five points clear of Chelsea – while City are a further point back and have a game in hand.

Johnson said his side had achieved nothing yet, wanting them to stay focused late in the campaign.

"We are keeping professional at all times," he said.

"At the minute, we haven't got anything to be excited about, have we? If we lose the next three games, everything we have done over the last couple of months will be wasted.

"There are no given three points at this stage. We are going to have to earn every single one if we want to achieve what we are close to. Beating Norwich was even more important than beating City."