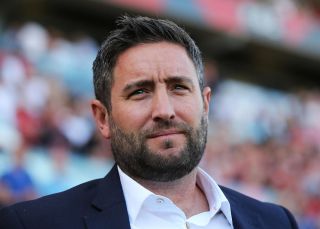 Lee Johnson refused to be downcast after his Bristol City team blew the chance to go second in the Sky Bet Championship with a flat performance against Wigan which ended in a 2-2 home draw.

The head coach preferred to heap praise on the character of his injury-plagued squad, while admitting relief that defender Pedro Pereira’s first goal for the Robins had rescued an unlikely point.

The centre-back struck again on 53 minutes, heading in another Joe Williams corner, only for Pereira to nod in a Niclas Eliasson corner four minutes from time.

Johnson admitted: “The only real positive today was that, just like against Charlton in midweek, we kept going to the very end.

“The truth is that we are so badly hit by injuries and the suspension to Famara Diedhiou that the team I put out had to be at their very best to beat a Wigan side I respect a lot.

“Without Fam, we lacked the height to deal with corners. A lot of our fans don’t realise the great work he does as a striker defending set-pieces in the air.

“We weren’t at it today, but I am not going to be hard on the players because they are giving everything.

“I just couldn’t tick every box with team selection, so I knew were in for a tough afternoon.

“Wigan are a better side than their position in the table reflects and are capable of beating anyone in the Championship.”

Visiting boss Paul Cook believes his side are not getting full reward for some encouraging performances.

“We deserved to win at Derby in midweek and again today,” he said.

“I am really enjoying watching us play, but instead of six points we are looking at one.

“Against good teams you have to take your chances at key moments. That is not happening for us at the moment – but I can’t fault my players.

“We believe in open, attacking football and that is what we produced against a very good Bristol City side.

“It was disappointing to concede from a corner near the end but I have told the lads there is no cause to be despondent because if we keep playing like that results will come.

“I feel like I am repeating myself after games, but we are not getting our just rewards at the moment.

“Now it is back to the training ground to work on the small things that are letting us down.”

Wigan had a golden chance to wrap up the points just before the hour mark. Gavin Massey having a shot saved when a pass to Sam Morsy on his left would have left the skipper facing an empty net.