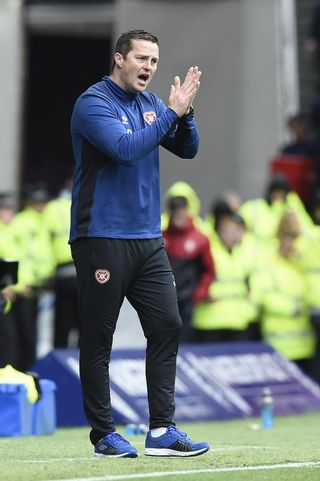 The 36-year-old former Dundee United and Rangers striker joined the Jambos’ backroom staff in 2016 and had two spells as interim manager.

New boss Daniel Stendel announced that Daly, Austin MacPhee and Liam Fox would not be part of his first-team staff when he took over last month and a statement on the club’s official website confirmed the Irishman’s departure.

“Jon became Hearts’ Under-20s coach in January, 2016 following a successful striking career with the likes of Dundee United and Rangers.

“He would go on to become a first-team coach at Hearts and twice took on the role of interim manager following the departures of Robbie Neilson and Ian Cathro.

“The club would like to thank Jon for his efforts at Tynecastle Park and wishes him well in the future.”