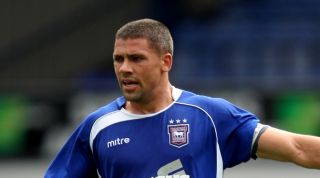 Jon Walters has revealed that he almost came to blows with Roy Keane during his time at Ipswich.

Keane managed the forward at Portman Road and also worked with him while serving as the Republic of Ireland’s assistant manager.

In a recent interview with Off The Ball, Keane criticised Walters for his attitude at Ipswich and with Ireland, as well as mocking his lack of silverware.

And the former Stoke striker, who retired at the end of last season, has recalled the moment he and Keane almost fought after Walters asked to leave Ipswich.

"He got up, took his watch off, took his jumper off and, if you don't know, that basically means you're going to be fighting," Walters told JOE.

"We've gone head-to-head. This is childish, 10 years ago, this is not me now. But because I don't like bullies, the way it's gone, I'd stand up to them.

"So we've gone head-to-head, 'Hit me, you hit me' and then it wasn't happening, so I've gone to walk out the room. As I've gone, he said something very personal, something that's nothing to do with him, but it's touched a nerve with me. So I've shut the door behind me and come back in.

"I've said basically that – 'It's got nothing to do with you, come on then, let's have it. Hit me first and see what happens to you, just give me the chance, I'll rip your head off' – that's what I was basically saying to him.

"I'd gone by then, I'd switched, and once again we went back and forth for a bit. Then he says to me, 'You're not going to hit me because I'll have you arrested if you hit me.'

"I knew I had him then. When you stand up to a bully, and you get 'I'll have you arrested if you hit me in this work place' so I said 'OK then, well I'll go meet you outside somewhere, call me tonight and I'll come and meet you.'

“And he's come back with 'oooh, you're going to meet me in the middle of a field with your mates and ambush me?'

“So I said, 'No, I'll come to your house and while all your family are there and whoever else, me and you, I'm on my own. I don't care, I'll meet you there' and I've walked out.

"I've gone and trained, told I could leave the club, driving by on the way home with my agent Paul Warhurst and I'm telling him the story and Roy rings him, doesn't know I'm in the car.

"He's gone, ‘Are you Jon Walters' agent?’ He's on loud speaker and he goes, 'Tell your client if he says anything about me, I'll sue him for everything he's got'.

"We're just giggling away to ourselves and he hangs up. I've gone to meet other clubs because they've given me permission to speak to Stoke, and a couple of days later a fine comes through the post of two weeks' wages.

"The fine says - and I've still got the letter - 'after our meeting in my office, I find it unacceptable that you threatened to carry out physical violence outside of club premises, if there was witnesses I'd look to take criminal proceedings or civil proceedings against you.'

"That's what made me laugh. At the end of the interview he did the other day, he said to everyone, 'Yeah, Jon threatened to come to my house and I gave my address, and I'm still waiting.' I just thought, ‘Why are you lying?’”