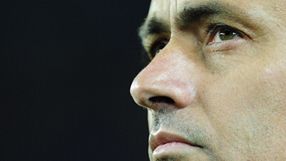 Speaking at the Football Extravaganza 2011 at the Grovesnor House Hotel in London on Tuesday night, where he was inducted into their Hall of Fame, the ‘Special One’ declared his love for the country and his hope that he would one day return to manage in England.

“Of all the countries I’ve managed in, my time at Chelsea was the most enjoyable,” said Mourinho. “Let me be clear because I don’t want speculation; I have three years on my contract at Real but after that, if it is possible, I want to come back to England.”

Mourinho’s first season at the helm of Real Madrid has been a tumultuous one, with constant power struggles involving the club’s General Director Jorge Valdano, while taking Real Madrid into the quarter-finals of the Champions League for the first time in seven years.

However, the former Porto and Chelsea boss has no regrets about managing the Spanish giants.

Jose himself submitted a successful bid of around £10,000 for a group of kids to go to a training session at Chelsea, while his agent Jorge Mendes paid £18,000 for a limited edition Fiat car with Mourinho’s signature on the dashboard.

“My wife tells me I’ve achieved everything in football and it’s time I did something outside football,” said Mourinho.

“She’s right; of course you can always win more but I’ve won it all. Being here tonight is easy and I feel very happy that I can do a small thing for these children.”

The event raised more than £400,000 for the charity, which specialises in transforming the lives of children and adults constrained by illness, disability, trauma or isolation through the power of music.