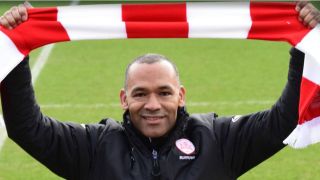 There must be dozens of coaches who would love to work with Jose Mourinho just once. Arguably the most successful man to step into the dugout in the last 20 years, he has won league titles in four countries, as well as two Champions Leagues, while blazing trails and scorching the earth at almost every turn.

He is a divisive figure, but indisputably one from whom so much can be learned. He knows how to win, how to bring down those who won before, how to pick his battles on and off the pitch.

Jose Morais, a man lucky enough to work with Mourinho for much of his career, perhaps sums him up best.

"He's a guy who knows things," he says. "Sometimes before everybody!"

Morais has certainly come to know plenty about successful coaching at Mourinho's side. He was part of his staff in his sparkling early career at Porto, then his assistant at treble-winning Inter, during the turbulent three years at Real Madrid and the high and lows of his second spell at Chelsea.

Morais sought Mourinho's advice when the chance to take over at Barnsley appeared. "He said, 'Yeah, I'm really happy for you, it's an interesting challenge and I'm with you'," the 52-year-old recalls.

| QUOTES | Read what José Morais had to say ahead of the Burton Albion game on Tuesday. February 19, 2018

You can see something of a younger Mourinho in Morais, even though the retired midfielder is just three years the Manchester United manager's junior.

He is a charming, softly spoken man, who told reporters at his official presentation at Oakwell: "I am more than a coach. I am a leader". It's hard not to think back to 'The Special One' when he first moved to England in 2004: a beguiling and charismatic figure, far removed from the embittered one skulking around Old Trafford today.

Much of Mourinho's ire these days is down to a perceived lack of recognition for his achievements and a focus on his negative approach to certain big games. Is Morais worried about that, too - that Barnsley fans will tire of uneventful displays, where entertainment is sacrificed on the altar of results?

"You think I'll like these guys? I'll love them!" he smiles. "In life, we have to live with compliments and criticism, but we need to take them in a good way.

"If the criticism is something that will help me to improve, I'll use it. It's not 'forget about it'. But everybody is welcome. We're all different, all thinking different.

"I want to influence people to play with a certain level of competitiveness. The intention is not to show something, but to give something."

Morais has worked hard to learn these different qualities he wants to give. He has been head coach at Al Shabab, Antalyaspor and AEK Athens since 2014, winning the Saudi Super Cup with the former.

Since leaving Greece, he has taken time out to study at Barcelona's La Masia, that crucible of stylish, successful football that sometimes seems so far from the Mourinho mould, even though he was tutored at Camp Nou under Bobby Robson.

| Straight down to business for the Gaffer who spent the afternoon watching ahead of Tuesday night. February 17, 2018

"I was taking my time to do something different, in terms of trying things I couldn't try in all the time I was working," he explains.

"I was more into leadership, formations, travelling around. I spent at least three weeks at La Masia in Barcelona, watching ideas that I like, different things. This is the way I am: improving all the time.

"This is a conversation about philosophy, a way to see things. There are always different ways to win. I have a vision about the quality of the game and the quality is always the quality you need to have results you want to have.

"As soon as you can put this on the pitch, it's the best philosophy. We will improve our game in order to make things better, to win."

He put that same methodical approach into practice before accepting the offer of an interview for the Barnsley job, too. Now that he is back in English football, he feels he has come home.

"I've been looking for the opportunity to come back into English football. I've been following the Premier League and the Championship," he says.

"[Barnsley] contacted me to say, 'There is a vacancy, are you interested?'. I said, 'Okay, hold on a second, let me try to know a bit more about the team'. I saw the team, I analysed the team, I decided to come and feel the atmosphere of the team playing live. After that, I made up my mind.

"I like English football. I like living passionately. It's about seeing and living English football. The passion of the fans, the intensity of the game, the competition. This is what really makes me feel it is my place."