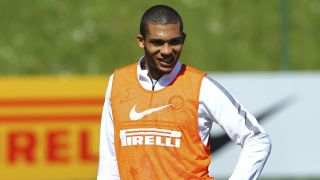 Inter must improve next season to end their three-year absence from the UEFA Champions League, defender Juan Jesus has warned.

Roberto Mancini's side have not competed in Europe's elite club competition since 2011-12, and look unlikely to qualify for continental football next season after another disappointing campaign.

Inter go into the final match of the Serie A season against Empoli in eighth place, something that Juan knows cannot continue given the grand history of the club.

"Next year we'll start with a strong team to win the Coppa Italia and the Scudetto," he said. "We'll try to finish the season well on Sunday, then start off well next year.

"We can't make mistakes anymore, we've been out of the Champions League for too long.

"We have to reach higher levels, Inter is a club which has won a lot, and we have to get back to those levels."