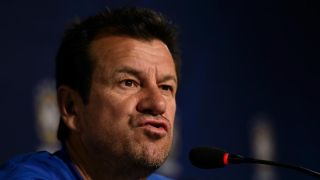 Former Brazil international Juninho does not believe the national team's showing at the Copa America Centenario should define their progress under head coach Dunga.

The 1994 World Cup-winning captain returned for a second spell in charge of Brazil in the aftermath of their humiliating 7-1 semi-final defeat at the hands of Germany on home soil, souring their hosting of the 2014 tournament.

Dunga's Brazil bowed out at the quarter-final stage of last year's Copa America, losing on penalties to Paraguay, while they lie sixth in the CONMEBOL qualifying section for the 2018 World Cup after six matches.

But ex-Middlesbrough and Atletico Madrid midfielder Juninho believe the coach, who has faced criticism for a perceived negative playing style, has Brazil on course to challenge for an unprecedented sixth global crown in Russia two years from now.

"I think that planning is being done well," he told Omnisport.

"The medium and long phase is [the] recovery of Brazil. It is very detailed. It's the return of Brazil.

"And Dunga is doing well. The goal is clear - the 2018 FIFA World Cup. So I think, even losing [at the Copa America Centenario], Dunga will continue.

"It will not be the end of the age of Dunga."