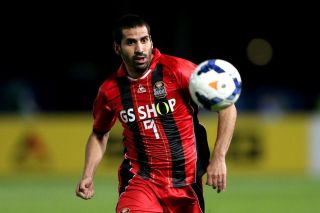 Seoul's dip in form saw them slide to sixth in the table and suffer an AFC Champions League semi-final exit to the Western Sydney Wanderers of Australia.

However, they rose one spot in the K-League on Thursday with an excellent away triumph that moves them five points above the relegation group, which Ulsan remain in.

Ulsan missed out on last year's title by just one point but are now three points away from the championship group in seventh, with just three matches to play.

Defender Kim Nam-choon scored the all-important opener on the stroke of half-time, paving the way for Seoul to claim victory.

They left it late before sealing the contest, though, as Spanish midfielder Sergio Escudero netted in the 86th minute.

Escudero doubled his tally in the fourth minute of stoppage time to seal Seoul's big win.