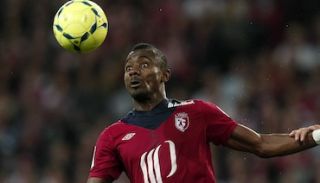 Kalou, now playing for French side Lille, was signed by Mourinho from Feyenoord in summer 2006 for around £9 million.

The Ivory Coast international continued to feature regularly for another four seasons, but has admitted things were never the same after the Special One's departure.

"It was hard for us [the players]," he says in the July 2013 issue of FourFourTwo. "Every time a new manager comes in you have to convince him you can play, so it takes a while. And every time you get past that and start playing the manager gets sacked!

"If Mourinho had stayed I think I'd have had a different adventure. He gave me confidence, which is what any player wants."

The likes of Arsenal and Newcastle United were reportedly keen when his Chelsea deal expired, but the now 27-year-old insists he is happy at his current club playing in his preferred position up front.

"I had a wonderful time in England," he said. "It was a great experience that I want to live again. I joined Lille, though, to play regularly and in the position I like, and I'm doing that.

Read the full interview with Salomon Kalou in the July 2013 issue of FourFourTwo digitally and in print. The issue features exclusive interviews with Wayne Rooney and Neymar, and looks at the 12 months that will define their careers ahead of the World Cup. The magazine also goes behind the scenes at St George's Park and talks to Jimmy Floyd Hasselbaink and Dejan Stankovic.