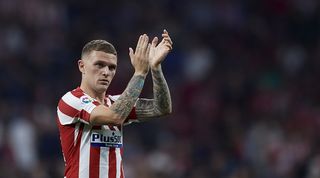 Pochettino was replaced by Jose Mourinho in the Spurs hot seat after a disappointing run of results since the start of the season.

Trippier, who left Tottenham for Atletico Madrid in the summer, played under Pochettino for four years.

And the England right-back has thanked Pochettino for furthering his career since his move to north London in 2015.

“He gave me the opportunity to play at the highest level,” he told The Athletic. “He took me to Tottenham and I played Europa League, played Champions League, played so many games in the Premier League for them.

"He was a big reason why I got called up to the England squad because he was the one who gave me the opportunity to show I could play at the highest level. I’ve got full respect for him and for what he did to help me get to where I am now.

“I’ve got a lot of mates at Tottenham - players and staff. It wasn’t nice to see what they went through, not getting the results they wanted. It wasn’t nice to see them getting criticised. Now a new manager has come in and hopefully they’ll get the results they want and push further up the table, where they deserve to be, but everyone knows how good he (Pochettino) is as a manager.

"For sure he will be successful wherever he goes in the future. Obviously it was the chairman’s decision to let the manager go. That’s football. It happens. Players go, managers go.”