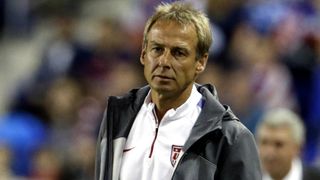 Bradley said Klinsmann was after the USA job he held during the 2010 World Cup, during which the German provided commentary.

"When he did commentary on the 2010 World Cup, he was already jockeying for the job," Bradley said.

Klinsmann responded on Monday while his team trained at RFK Stadium, which is where they face New Zealand in a friendly match on Tuesday.

Bradley, of course, has had success away from the national team.

He was recently named as the first American manager in the Premier League as he took over at Swansea City.

"It's a big, big moment having an American coach coaching a Premier League club. I think it's huge. He's an awesome guy. He's and I just keep my fingers crossed for him."