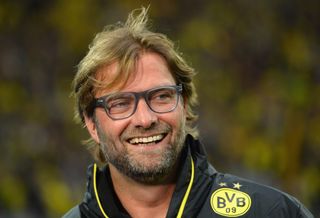 New signings Pierre-Emerick Aubameyang and Henrikh Mkhitaryan gave the hosts the perfect start before Hamburg responded through Zhi Gin Lam and Heiko Westermann to level at 2-2.

From there, though, it was all one-way traffic, as Aubameyang added his second in the 65th minute before two goals from Robert Lewandowski came either side of Marco Reus' 74th-minute strike.

"It was just awesome and fun to watch," he told the club's official website. "In the first half, we had a huge amount of chances, but only scored twice.

"In the end, and in some phases during the first half, I was really delighted.

"What my boys did there in attack and in the switching between attack and defence – you should be scared!

"Hamburg were just looking for set-pieces, there they’ve been very dangerous. But apart from the two goals against us, we defended outstandingly well. I really liked that."