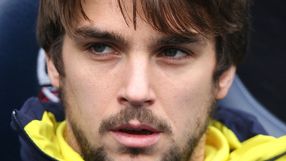 Zlatko Krancjar, coach of the Montenegro national team, indicated that his son would love to move to the Anfield club or to Italy if he cannot break into the team at Spurs.

He said: “If Niko didn’t have ambition, he would stay at Tottenham and vegetate for the next three years. He has a great deal, but one just can’t match money with his ambitions.

“Niko would like to stay in London, but he is also ready to leave England if he could move to Serie A. Liverpool is a club which would interest him, but then again, why not Italy?”

The former Portsmouth playmaker insisted that his first choice would be to stay at Spurs, but he realises that he'll have to leave if he doesn't start more games soon.

“I feel great at Tottenham, so if I could play regularly for my team, then my first option would be to stay at White Hart Lane," he said in the Mail.

“But if I don’t play much, then I will have to look for other solutions. Nobody wants to be a reserve and that goes for me too.

“I enjoy playing football, so that is the first thing on the agenda. If there is not enough space for me at Tottenham, then I will have to think about the next step in my career.

“I repeat, I feel great here, but if I don’t play every game, I feel a little bit empty."