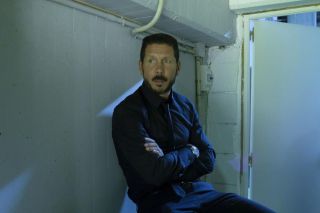 The champions made the short trip across Madrid to Estadio Vallecas and failed to take their chances in an encounter where they fell short of their best.

Simeone was given an eight-game suspension for an explosive rant at an official during the Supercopa win over Real Madrid and assistant coach German Burgos could not mastermind a win in his stead.

Mandzukic wasted a couple of excellent opportunities in the first half, while Rayo posed the greater threat after the break.

Rayo came close to an unlikely win courtesy of Manucho in the latter stages as the visitors lost early ground on Barcelona and Real, who began their campaigns with victories.

Simeone was keen to reiterate in the build-up that, although his side are defending champions, they remain underdogs in this season's title race.

And they were by no means convincing as their credentials were tested by Paco Jemez's new-look Rayo, who included six new signings in their starting XI.

Atleti took a little while to get going at Vallecas, but they eventually forced Cristian Alvarez into action with 18 minutes gone, as the Argentinian raced out to tackle Griezmann on the edge of the area.

Two even better chances were presented to Mandzukic in the following nine minutes.

The Croatian fired a first-time effort into the side-netting after Cristian Ansaldi's left-wing cross, before going on to hit a tame effort straight at Alvarez following good work down the right by Juanfran.

Rayo displayed some eye-catching football at times, but regularly looked shaky at the back and Jimenez should have capitalised just before the break.

Goal-mouth action became particularly infrequent during the first 15 minutes of the second half. The closest either side came to hitting the target was in the 53rd minute, but Koke blazed over from the edge of the area after a well-worked free-kick.

Proceedings livened up after the hour mark and Rayo threatened when Quini saw his 30-yard effort go just wide of the bottom-left corner.

Rayo's attacking presence continued to increase and Miguel Angel Moya was forced into an important save18 minutes from time, palming away Manucho's calculated header.

Manucho saw another half-chance go to waste in the final 10 minutes as his tame over-head kick was denied by Moya and the two sides ultimately cancelled each other out, with the stalemate a fair result.