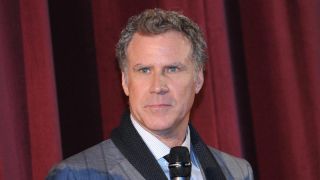 MLS fans won't get to see Los Angeles FC in action until 2018, but they've gotten their first glimpse at what the club will look like when it finally takes the field.

LAFC unveiled its logo and colors Thursday, opting for a black and gold scheme. The badge features "LA" in large letters, stylized with a feathered wing to reference Los Angeles' famed nickname, the "City of Angels."

The club also introduced comedian Will Ferrell as the latest member of an ownership group that also features Magic Johnson, Mia Hamm and Nomar Garciaparra.

"This is not a joke," Ferrell said at the club's launch event in Los Angeles. "I am actually a member of this fine ownership group and it is very exciting."