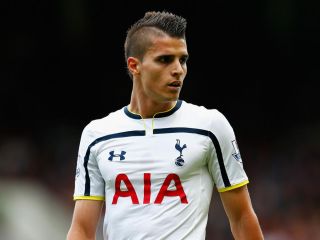 The 22-year-old forward arrived from Roma in a big-money move 12 months ago, but made just nine Premier League appearances in a difficult maiden campaign at White Hart Lane.

Lamela has started both of Spurs' top-flight matches so far this term and provided two assists in the club's comprehensive 4-0 victory over QPR on Sunday.

And now, Lamela is hoping to boost Mauricio Pochettino's side further by finding the net on a regular basis.

"The assists weren't the whole of my game [against QPR]," he told the club's official website. "They were just one small part of it.

"I didn't score but I hope in the next games I will. I worked very hard for the team and the assists were just the icing on the cake."