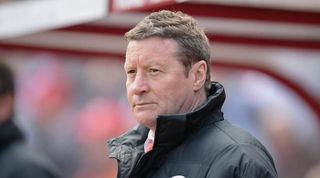 Gary Johnson's men made a disastrous start to the season last week, losing 3-0 to Doncaster Rovers.

And they could not produce an immediate response as they travelled to Gillingham and lost 2-0, with Joe Martin and Danny Kedwell scoring the goals.

Barnsley – also relegated from the Championship last term with Yeovil and Doncaster – hit back from an opening-day defeat of their own with an impressive road triumph.

Billy Waters fired Crewe in front in the 22nd minute but Leroy Lita – who made two Premier League appearances for Swansea City last term – levelled proceedings just before the hour-mark.

And Martin Cranie clinched victory for Barnsley with 15 minutes remaining.

Preston North End produced arguably the performance of the day as they posted an eye-catching 4-0 triumph at Scunthorpe United.

Peterborough United made it two wins from two but they were made to work hard for their 3-2 home win over Milton Keynes Dons.

The visitors looked good for a point with the score at 1-1 as the match entered its final 10 minutes, but Kyle Vassell struck a quick double for Peterborough.

Daniel Powell pulled a goal back for MK Dons, though, setting up a nervy finish at London Road.

Peterborough were not the only side to continue their perfect record, with newly promoted Chesterfield, Bristol City, Fleetwood Town and Crawley also making it two wins from as many games.

Two Owen Doyle penalties saw Chesterfield edge Rochdale 2-1, while table-toppers Bristol City came from behind to win by the same scoreline thanks to Aaron Wilbraham's brace against Colchester United.

Crawley and Fleetwood both recorded 1-0 victories over Swindon Town and Notts County respectively.

Doncaster could not build on their first-up win over Yeovil, falling to a 3-1 home loss against Port Vale, while Leyton Orient defeated Oldham Athletic by the same score.