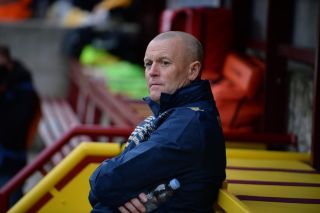 The 56-year-old was given his marching orders following the Championship club's League Cup second-round exit at local rivals Bradford City on Wednesday.

Owner Massimo Cellino revealed that he was on the verge of parting company with Hockaday following last weekend's 4-1 Championship thrashing at Watford just two months after appointing him, but opted to keep faith with the former Forest Green Rovers boss.

However, Cellino has now staged a U-turn and Neil Redfearn has been placed in charge of first-team affairs on a temporary basis until Hockaday's replacement is found.

"I'd like to thank David for his efforts over the last two and a half months but the results since the start of the season have meant we needed to act and make this decision," said Cellino, who finalised his takeover at Elland Road in April.

"After the defeat at Bradford I realised that my decision to keep David at the club following the defeat at Watford was wrong and I had to change my mind on the coach's position.

"As a club we will now begin our search for a new head coach."

Cellino's decision to hand Hockaday only his second senior coaching position in June was met with widespread dismay given Leeds' stature in English football and his lack of experience.

And three defeats from the first four Championship games has prompted Italian Cellino to act, leaving the Yorkshire club yet again in a state of limbo.