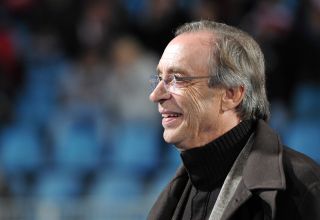 The proposals, which were a flagship election policy of French president Francois Hollande, would see all businesses - including football clubs - taxed at 75 per cent on employees' earnings over €1million annually.

France's professional clubs agreed to go on strike in protest at the proposal, with a boycott of games planned for between November 29 and December 2.

And Seydoux, whose club have lost a number of their top players - including Yohan Cabaye and Eden Hazard - to foreign clubs in recent times, insists that the UCPF's (Union of Professional Football Clubs) vote in favour of a strike is for the good of the sport in France.

"I understand that the public might be surprised by the players' wages," Seydoux told Le Parisien.

"But it's their employers, the clubs, who will be taxed, not the players. If you'd said to me that we were going to be taxed on our profits, I would have accepted that.

"But you can't tax us on our losses. It's totally sinful and scandalous."

The clubs are set to meet with Hollande next Thursday to discuss the plans, which Seydoux feels would force the majority of clubs - aside from Paris Saint-Germain and Monaco, who have billionaire owners - to sell their prized assets.

"In what country in the world do they make employers of loss-making companies pay the wages of their employees?," he protested in L'Equipe.

"This tax will cost us another 4.8 to 7.2 million euros. In the last three years our expenses have already risen by 15 per cent. We're fed up. We’re once again going to be forced to sell our best players."