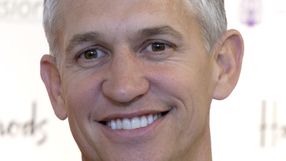 Those reasons outweigh all the political ones added Lineker, an ambassador for the England bid committee hoping to stage the 2018 World Cup in the country for the first time since 1966.

He has a friendship with UEFA president Michel Platini, one of the 22 men on the FIFA executive committee who will decide next Thursday on the destinations of the 2018 and 2022 finals, and said he would use his influence to persuade as many men as possible to vote for England.

"I will go along the lines of: what would be the best thing for football?" Lineker told reporters on Thursday.

"If you ask the players where they wanted to play the World Cup in 2018, they would want to play it in this country. A lot of World Cups suffer because of the conditions - we would have perfect conditions.

"Our weather is not great but it is for football. We don't have to deal with heat and altitude. We have perfect playing conditions, great pitches and great stadiums which players love to play in.

"Why do you think so many of the world's top players come here to play ? It's not just because of the financial aspect, it's also because they get such a buzz playing here.

"So despite the legacy, and the huge profits a World Cup can generate for FIFA, for football, this would be the place to have a great World Cup and have a great show."

Lineker said he would speak to Platini, who like Lineker was at his peak as a player in the 1980s, and urge him to vote for England.

"I hope to see him in Zurich. I know him very well, I speak to him on the phone," said the former striker turned TV presenter. "

"The last time I played golf with him he lost his temper and smashed a three iron against a tree - it was a surreal sight," he laughed before adding, "but I'd give him a shot if he gave us a vote for the World Cup."

England manager Fabio Capello, who, like Lineker, is backing the bid, said at a media briefing that he would also use his relationships with key FIFA members to try and influence their decision.

Capello said it was also important that FIFA did not forget the traditional powerbases of world football and it was time they awarded the finals to England.

"Sometimes it's about promoting new countries but I also think you have to remember the history of countries," said the Italian. "The World Cup in South Africa was really important to start important things in South Africa, not just football events.

"But also you have to remember something about history - Italy is important having won the World Cup four times. But England is the home of football and for this reason you have to consider this."