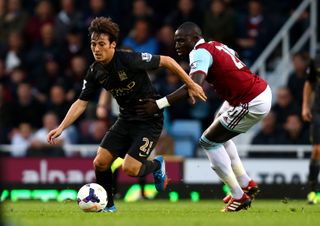 The Spanish winger was in superb form as Manuel Pellegrini's men picked up a 3-1 win at West Ham on Saturday, providing an assist for Sergio Aguero's second goal.

And Richards admits he has resorted to special measures to cope with the 27-year-old in training.

"The only way I can stop him in training is if I smash him," he said.

"We call him Merlin. He's like a little wizard isn't he? He is class.

"At West Ham he was just ridiculous. He is the best player I have played with.

"He just makes it look easy, the way he goes past people. He is just amazing."