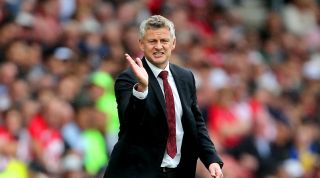 The Glazer family have accepted that Manchester United are unlikely to mount a Premier League title challenge until 2021/22.

According to ESPN, the owners have made a realistic assessment of the situation and do not anticipate United competing at the top this season or next.

The Americans have produced a three-year plan of action to restore the club to its former glory, although they accept it may take even longer for United to win a 21st top-tier title.

The Red Devils have not been crowned English champions since Alex Ferguson’s final campaign at the helm in 2012/13.

David Moyes, Louis van Gaal and Jose Mourinho all failed to bring the trophy back to Old Trafford.

Ole Gunnar Solskjaer is now the man in the hot seat but United already find themselves 10 points adrift of league leaders Liverpool after six games of the Norwegian’s first full season in charge, having ended 2018/19 a mammoth 22 points behind champions Manchester City.

However, the Glazers retain faith in the former Molde manager and are willing to give him time to turn things around.

They have taken note of Liverpool’s gradual improvement under Jurgen Klopp, who was backed by the Anfield board during a difficult first 18 months in the job.

Executive vice-chairman Ed Woodward mentioned the need for a “cultural reset” last term, and his bosses believe it will take three more years before the club’s various issues since Ferguson’s retirement are remedied.

They also remain keen to appoint a technical director to improve the club’s off-field structure, as well as continuing to invest in the playing squad.

United welcome Rochdale to Old Trafford in the third round of the EFL Cup on Wednesday, before an important clash with top-four rivals Arsenal in the Premier League next Monday.