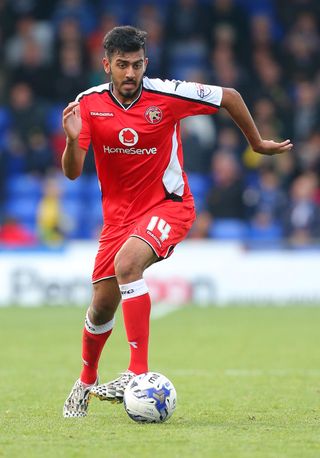 Mansfield defender Mal Benning has been subjected to racist abuse on social media.

The 26-year-old left-back highlighted a tweet he received on Monday evening in which he was called a “dirty p*** b******”.

In response, Benning, who has played more than 200 matches for the Sky Bet League Two club, wrote: “Not experienced much ‘racism’ as one of very few Asian players in the professional game.

“But there is no need for this no matter what race you are or what team you support.”

Benning, who joined Mansfield from Walsall in 2015, included anti-racism group Kick it Out and the Professional Footballers’ Association in his message. Mansfield also re-posted Benning’s tweet.