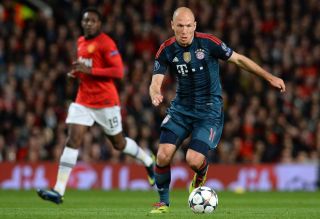 Bayern have continued their record-breaking ways under Pep Guardiola, remaining unbeaten en route to retaining their Bundesliga crown with seven games to spare.

The German giants are also in the UEFA Champions League quarter-finals as they look to claim back-to-back titles, while Kaiserslautern stand in their way of a third consecutive DFB-Pokal final appearance.

Matthaus, who won the Bundesliga seven times during two spells with Bayern, has been blown away by the club's dominance throughout Europe.

"It's something they can always be proud of having been part of. And I doubt if many of these records will be improved on again in the foreseeable future.

"In all my years as a player and coach, whether in Italy, Spain or anywhere else, I've never encountered a team as dominant as FC Bayern have been over the past couple of seasons."

Matthaus reserved praise for Dutch winger Arjen Robben, who has become one of Bayern's key players after a difficult start to life in Munich.

Robben, perceived as a selfish player by some pundits, often found himself on the bench during stages of last season but forced his way into the team as Bayern triumphed over rivals Borussia Dortmund in the European final at Wembley.

The 30-year-old is now one of the first names read out on Bayern's team sheet alongside fellow speedster Franck Ribery.

"There was a widely held perception that Arjen could be a bit egotistical out on the pitch," Matthaus said. "And on top of that, he's been very injury-prone.

"Neither of those factors have applied this season. He's profited the most from the change of coach and you can see it in his body language.

"He plays with his head up and he's constantly pressing forward."