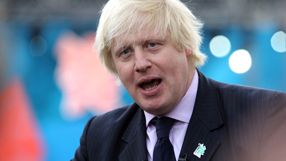 The mayor is keen for the Premier League club to build the £400 million Northumberland Park development, close to Tottenham's historic White Hart Lane home, to help regenerate one of the most run-down areas of London which was a focal point in riots in August.

The deadline coincides with a hearing into the awarding of preferred bidder status on the Olympic Stadium in East London to West Ham United scheduled for October 18.

A spokesman for Mayor of London Boris Johnson said a "comprehensive offer" was on the table, and that if Tottenham did not sign up, they would look at other ways of using regeneration funds.

"We have been working to help deliver the Northumberland Park Project for many months and all avenues have now been explored," the spokesman said in a statement.

"It is vital that we get clarity from Tottenham Hotspur as soon as possible."

In response, a club source told Reuters: "We don't think that something as important as funds for the regeneration of one of the most deprived boroughs in the country should have an expiry date on them."

Second-tier club West Ham, currently located in East London, were given preferred bidder status by the Olympic Park Legacy Company (OPLC) in February, a decision backed by the mayor and government.

If Tottenham accepts the offer it should clear the way for London's plan to bid for the 2017 athletics World Championships because Tottenham would have taken out the running track as part of its post-2012 development of the Olympic Stadium.

The mayor's office would provide £8.5 million for infrastructure and improved transport links around the new stadium, with another £8.5 million of savings coming from Haringey local council.

The club has pursued a new stadium in Tottenham at the same time as bidding to move into the Olympic site.

Plans to develop the North London site were originally approved by the mayor in 2010, but costs resulted in them looking at the Olympic Stadium as an alternative.