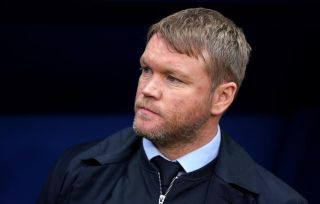 Hull boss Grant McCann thought his side gained their just rewards for showing Luton a lack of respect in the second half of their 3-0 win at Kenilworth Road.

Goalless at the break, Kevin Stewart opened the scoring and Kamil Grosicki added a second before Dan Potts put through his own goal in time added on as the Tigers picked up only their second win of the Championship campaign.

McCann said: “I thought first half we showed them a little bit too much respect for my liking.

“They had a lot of possession, we didn’t get out to the ball enough, but they didn’t really hurt us, as I thought we were in control in terms of what we were doing, we just didn’t get among them enough.

“Second half we showed a different side to us in terms of what we’ve showing this season with high energy, high pressing, breaking quickly, creating opportunities.

“In the end we probably could have had four or five.

“The first goal is always big. I said to the group after, this will be one of the toughest places to come in the league this season for anyone.

“I’m really pleased for Kevin, he’s deserved the plaudits as from the first game he’s been outstanding.

“I know exactly what it’s like as I came here last year and got beaten 4-0 with Doncaster, so it’s a tough place to come.

“They’ve got a good team here, I’m sure they’ll win many games here.

“The first clean sheet is nice. We want to get a consistency into a settled back four, today I was pleased, there was balls coming int our box and the centre-backs were dealing with them.”

Stewart made it 1-0 after 63 minutes, firing a loose ball into the net from just inside the box, as the Tigers dominated much of the second period.

Grosicki beat keeper Simon Sluga at his near post with three minutes to go while in the final moments, a mix-up between Potts and Sluga resulted in the former heading into his own net although Stewart was claiming it after tapping home the attempted clearance.

Luton boss Graeme Jones said: “I was pleased with the first-half performance and I thought the goal was coming.

“I asked us to be consistent with our football performance as we had been in the first half and we couldn’t sustain it.

“Even then when I look at the first goal back, if James Collins flicks the ball on, we’ve got two spare players free in the box, and that’s the margins in football.

“James doesn’t flick it on, they go down the pitch, and we concede and that the fine margins we’re dealing with in the Championship.

“The second goal’s a long ball, it’s individual errors, the third goal is comical and really it’s a 1-0 game.

“We had a couple of chances, we were building momentum for maybe five, 10 minutes.

“Tunnicliffe had a shot, there was a great header in the six-yard box, the ball on the rebound maybe nearly being over the line, after that I was felt like we were spent, and that’s my disappointment.

“That resistance and that fight, especially with the second goal went in, I can’t have that.”