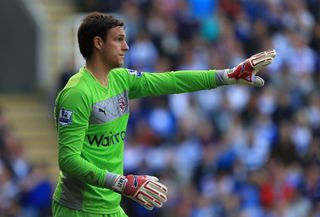 The 24-year-old broke into the first-team at the Madejski Stadium during the club's 2012-13 Premier League campaign.

McCarthy's performances for Reading led to a call up to the England national team in May 2013, but he has yet to make his debut for his country.

Speaking on his move to QPR, McCarthy told the club's official website: "I'm over the moon to be back in the Premier League.

"When you're growing up, all you dream about is playing in the best league in the world - I had a taste of it at Reading, but to be back here now is fantastic."

QPR manager Harry Redknapp was thrilled to capture the highly rated shot-stopper and he will vie with Rob Green for the number one spot.

"He's a great young goalkeeper with a great future in front of him," Redknapp commented. "I think he's got the potential to be a future England goalkeeper one day, so to have him here at QPR is fantastic.

"I want to have competition for places in all areas of the pitch, and you can't have too much quality in your squad."