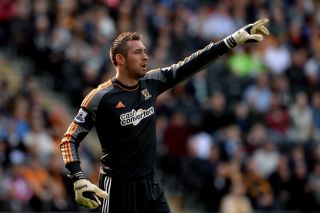 Bruce's preparations for Sunday's Premier League trip to Tottenham have been severely disrupted after discovering McGregor will be sidelined for over a month with a muscle problem sustained during the 2-1 defeat at Everton last weekend.

The Scotland international has played in all eight of Hull's Premier League games since joining from Besiktas in July - keeping three clean sheets during that run in the side - with veteran Steve Harper set to deputise in his absence.

"We've just found out that Allan is going to be out for five or six weeks," Bruce told the club's official website.

"As I've said repeatedly, injuries are the one area where we needed to stay fit and healthy and this one couldn’t have come at a worse time.

"Allan will be a big miss for us because he has played very, very well and we wish him a speedy recovery."