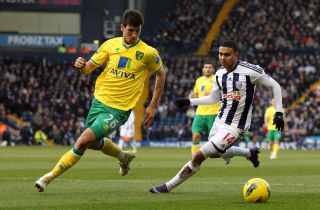 Ayala, 22, has signed at Middlesbrough for 93 days, the maximum permitted under the Football League's emergency loan rules.

The Spaniard signed for Norwich from Liverpool in 2011 but has made just 10 appearances for the club.

He spent time at Nottingham Forest on loan last term, playing 14 matches and scoring once.

And now he will link up with Middlesbrough, who sacked manager Tony Mowbray on Monday.

Middlesbrough have won just two Championship fixtures this season and lie 16th in the league table.

Ayala is likely to slot straight into Middlesbrough's squad for their home fixture against Doncaster Rovers on Friday.