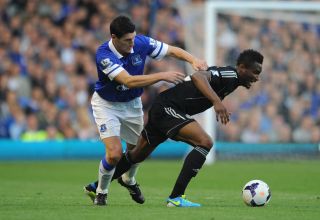 Jose Mourinho's side suffered their first defeat of the new Premier League season as a Steven Naismith header on the stroke of half-time proved the difference between the teams on Merseyside.

But, after seeing the likes of Samuel Eto'o and Andre Schurrle spurn glorious chances to equalise in the second half, Mikel has called for his team-mates to be more ruthless in front of goal.

"We knew if we had those chances early on in the game like we did and after that at the end of the game to equalise, we have just got to put the ball away and score.

"They know how to play, they like to play. Before this game, I think, they came into this game having had the most possession in the league so far.

"Here (against Everton) we had more possession than them. We just got to score to finish the possession and the creativity we had.

"I think that is something that we have got to do in training and go back to the drawing board and work hard on it."