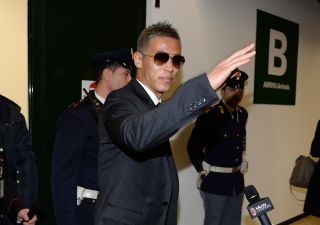 Honda arrived in Italy on Saturday after signing with the Serie A outfit following the expiration his contract with Russian side CSKA Moscow.

The Japan international is poised to make his debut for Milan - who sit a disappointing 13th in the Italian top flight - against Sassuolo on January 12.

And the 27-year-old is hopeful he can make a difference to Massimiliano Allegri's ailing side.

"I'm ready to play. I'm looking forward to meeting my new team-mates. I think I can give a lot, something more to the team.

"I've been waiting here for this for a long time. It's a dream come true, AC Milan has always been a legendary club for me, I followed them as a child.

"Football is my life and I hope to play well. I can play in any position and I want to score as well as create goals. I want to play in attack but it doesn't matter where."

Milan return to Serie A action on Monday when Atalanta visit San Siro, but Honda is ineligible for that match.