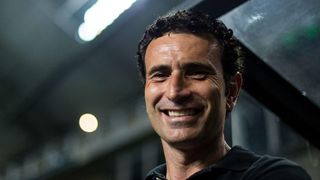 Spain's World Cup campaign was thrown into turmoil just two days before their opener against Portugal on June 15, when Julen Lopetegui was sacked as a result of accepting a post-tournament role with Real Madrid.

Hierro stepped in and took the reins, leaving his full-time job as sporting director to one side as he attempted to get Spain back on track.

Although they finished top of Group B, Spain lost to hosts Russia on penalties in the last 16 and Hierro subsequently left his post as coach, before also resigning as a director.

Molina, who was capped nine times by his country, enjoyed a long career in Spanish football with the likes of Valencia, Atletico Madrid and Deportivo La Coruna – winning LaLiga with the latter two.

The 47-year-old has tried his hand at coaching, most recently working for Kitchee in Hong-Kong, India's Atletico Kolkata and Atletico San Luis of Mexico, getting sacked by the latter in February.

Molina was a team-mate of RFEF president Luis Rubiales at Levante towards the end of his career and will likely work closely with the new coach, expected to be confirmed as Luis Enrique later on Monday.