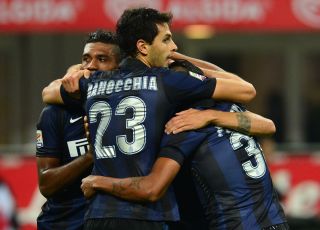 Moratti had been in talks with Indonesian businessman Erick Thohir over a possible agreement for some time, and revealed on Tuesday the sale has now been finalised.

"It was all signed, I believe there will be a press release in a few hours," Moratti said following a meeting in Milan.

Moratti became Inter president in 1995 taking over from Ernesto Pellegrini, and sought to improve the team's fortunes on the field after they finished just one point outside the relegation zone in 1994.

The 68-year-old achieved that feat and has overseen a period of huge success for Inter, with the club winning five straight league titles between 2006 and 2010.

Perhaps Moratti's proudest achievement was when Inter completed a historic treble in 2010, when Jose Mourinho led the club to the UEFA Champions League and Coppa Italia, as well as league success.

Inter have struggled to emulate that in recent seasons with Juventus dominating Serie A for the past two seasons.

New coach Walter Mazzarri has made a positive start to his tenure though, with the team earning 14 goings from their seven matches this term to sit fourth in Serie A.