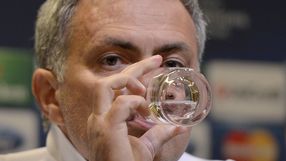 Real will be without full-backs Marcelo, Alvaro Arbeloa and Fabio Coentrao, who all came back injured from international duty last week, while holding midfielder Sami Khedira has only just returned to training.

"It will be a very difficult game," Mourinho told reporters on Tuesday. "As for absences, we have no absences - we have a team that can play well with the players who are here."

Real are top of the group with six points from two games with Dortmund second on four points.

"Historically we have not achieved much and that has to do with how tough our opponents are," said Mourinho referring to Real's record of one victory in 23 games in Germany.

Mourinho deployed midfielder Michael Essien at left back for Saturday's 2-0 La Liga win at home to Celta Vigo and said that experiment had gone well.

"I opted for Michael Essien because I had to find a solution," added the Portuguese. "It turned out to be the right decision."

The Spaniards are eager to seal qualification to the next stage early to offset a rocky La Liga start that has seen them drop eight points behind leaders Barcelona.

"In the Champions League we have six points and that is very important," said Mourinho. "We are well prepared, we are obviously motivated and I am very optimistic going into the game.

"It is a difficult match in a difficult group. I don't want to say I will win three games and then I've made it - we do not want to hibernate in the Europa League but in the Champions League."