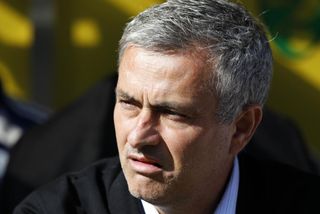 The Chelsea boss was sent from the dugout by referee Anthony Taylor in the 69th minute of the clash at Stamford Bridge for complaining to the fourth official about the visitors’ supposed time-wasting.

Mourinho was subsequently charged by the Football Association for his behaviour, and the governing body has now confirmed that he has accepted the penalty.

"Chelsea manager Jose Mourinho has been fined £8,000 after he admitted a breach of FA Rule E3 in that his behaviour in or around the 69th minute of his side's game against Cardiff City on 19 October 2013 amounted to improper conduct," an FA statement read.

"The fine is the standard penalty for the offence."