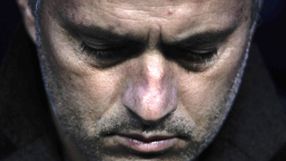 His inside knowledge of the club is second to none after working as assistant to Barca coaches Bobby Robson and Louis van Gaal in the late 90s but his record against them is mixed.

He has knocked Barca out of the Champions League twice - once with Chelsea and last season in the semi-finals with Inter Milan - although the overall statistics read three wins, three draws and four defeats as manager of Chelsea and Inter.

On top of that, Mourinho has never won at the Nou Camp. However, the 'special one' is supremely confident that he has the tactics to get the better of his former employers.

"I know how to play against Barca, from memory," Mourinho said in an interview back in September.

"You can deactivate them by imposing your style. If you want to play the way they do, you will lose... because individually and collectively they are the best (at that style)."

Inter's 3-2 aggregate win over Barca in the Champions League semis points the way forward and the watchwords are tactical discipline, physical fitness and psychological strength.

"You can't let them catch you out in the first phase of possession," he said. "You have to go direct from the defensive area to the second or third phase with a long movement of the ball to surprise them.

"Barca have many more problems when they have to do steady build ups."

Real's standard lineup this season, with Xabi Alonso and Sami Khedira in the midfield holding roles, will be bolstered by the tracking back and harrying of Angel Di Maria, Mesut Ozil Cristiano Ronaldo and Gonzalo Higuain in Monday's 'Clasico'.

Mourinho has said he prefers zonal rather than man-to-man marking and through strict adherence to this he will seek to cut the supply lines from Xavi and company to the number one dangerman, Barcelona's top scorer Lionel Messi.

When Barca's possession breaks down, Real will try to pounce quickly on the counter-attack, with long balls behind their opponents' high defensive line.

The Catalans are second in the standings behind Real this season because they have dropped five points to the Madrid side's four in their 12 matches so far, and those five points were lost against teams managed by former Barca players.

"Everyone knows how to play against Barcelona," former Danish international Laudrup told Reuters in an interview. "The problem is that it's one thing on paper and another thing on the pitch.

"Barcelona always need the ball to feel good. Madrid don't... because they have so much quality on the counter-attack. In just three passes it can be a goal."

Barca will need plenty of zip in their passing game if they are to open up La Liga's tightest defence.

Pep Guardiola's side have essentially played the same way for a number of years, domin