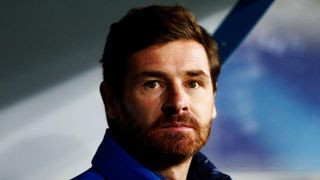 Andre Villas-Boas has described the sacking of Jose Mourino as Chelsea manager as "quite incredible".

Mourinho lost his job at Stamford Bridge last month following a miserable first half to the 2015-16 Premier League campaign, being sacked by chairman Roman Abramovich for a second time.

And countryman Villas-Boas, who was fired by the Russian in 2012 and is now in charge of Zenit, appeared surprised by the abrupt end to the reign of the man he called Chelsea’s "dearest coach".

Villas-Boas told beIN Sports: "It’s been quite incredible to see that it [being sacked] was applied to everybody. It was applied to probably their dearest coach, their most successful coach, so in the end we have seen nothing different.

"Roman has sacked basically every coach that he’s had. It’s no different. It happened even to the best.

"The same criteria that he has applied to me, for Rafa Benítez, for all the other coaches, Ancelotti, he’s applied to Jose as well."