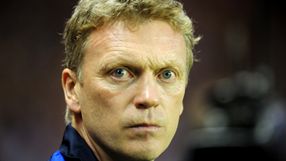 The game in London starts at 12:30pm local time and both sets of fans will have to set off very early from the north-west city or stay Friday night in the capital to make the match.

"I feel for the supporters. Of course, we will get a full house at Wembley but it's a difficult time for supporters," Moyes was quoted as saying by the Daily Telegraph on Friday.

"You are making it as really awkward as you can to get there. To get to London for 12:30 on a Saturday isn't an easy thing, without maybe going and staying overnight or getting away really early in the morning. That has been a little bit unfair on both clubs from up here."

The FA has also been lambasted by Chelsea for making the Londoners play the second semi-final against Tottenham Hotspur on Sunday evening ahead of a Champions League semi-final first leg on Wednesday at home to holders Barcelona.

Still paying the bill for the rebuilt Wembley, the FA has been forced to again play the semi-finals at the 90,000-seater London venue when an Everton v Liverpool clash at Manchester United's nearby Old Trafford would have suited fans better.

Television contracts dictating kick-off times and Liverpool's wish not to play on Sunday, the anniversary of the Hillsborough disaster, have tied the FA's hands it says.

Everton, seventh in the Premier League one place above their more illustrious city rivals, are gunning for their first major trophy since beating Manchester United in the 1995 FA Cup final.

Moyes, in charge since March 2002, is among the bookmakers' favourites to one day succeed Sir Alex Ferguson at Manchester United given he continually leads Everton to top-half finishes in the Premier League despite limited resources.

His straight talking has also led to comparisons with his fellow Scot.

"We have to watch that we are not making football too awkward for the supporter who has to go to his job," Moyes said.