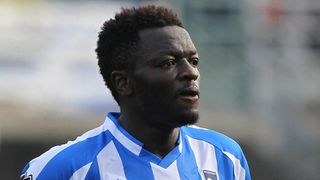 Pescara midfielder Sulley Muntari says he was "treated like a criminal" after claiming to have been racially abused during a Serie A match at Cagliari.

Muntari left the field after being booked during Sunday's Serie A fixture for complaining of the abuse from the stands, receiving a second yellow card for his early exit.

The incident landed Muntari with a one-match ban, which Pescara did not appeal.

However, the Ghanaian has since had the sanction overturned after challenging the suspension himself, with the help of the Italian players' union, Associazione Italiana Calciatori.

"I feel that someone has finally listened and heard me," he told FIFPro. "The last few days have been very hard for me. I have felt angry and isolated.

"I was being treated like a criminal. How could I be punished when I was the victim of racism?

"I hope my case can help so that other footballers do not suffer like me.

"I hope it can be a turning point in Italy and show the world what it means to stand up for your rights.

"This is an important victory to send a message that there’s no place for racism in football, or society in general."