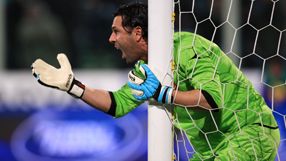 The club, their former third choice goalkeeper Matteo Gianello (pictured) and ex-footballer Silvio Giusti will go before the federation's disciplinary committee after information regarding the home match against Sampdoria in 2010 was passed on from a criminal investigation in Naples.

Samp won the game 1-0 and entered the preliminary stage of the Champions League as a result.

Current Napoli defenders Paolo Cannavaro and Gianluca Grava have also been charged for failing to report the alleged fix.

The moves come as part of a wide-ranging criminal and sporting probe into illegal betting and match-fixing in Italy which has already led to several high-profile arrests and bans.

Juventus coach Antonio Conte was banned for four months for not reporting match-fixing while boss of Siena in the latest corruption scandal to hit the Italian game.

Napoli suffered a further blow on Friday when UEFA announced it was fining them and threatening them with a ban on European games being played at their San Paolo stadium for how their Europa League Group F match with AIK in September was managed.

They have been punished "for the inappropriate conduct of their supporters, insufficient organisation in the stadium and non-respect of UEFA directives related to stadium security" at the game.

UEFA's Control and Disciplinary Body has banned the club from selling tickets for several sections of the San Paolo stadium, including the disabled section, for their next European fixture with Dnipro Dnipropetrovsk on November 8.

Napoli will now have to show UEFA photographic evidence from an independent construction company that the required work has been at least partially carried out by November 6 or risk being banned from playing home European games at the decaying ground.

"Furthermore, the Control and Disciplinary Body ordered Napoli to play one UEFA competition game behind closed doors, subject to a probationary period of five years. The Italian club have also been fined 150,000 euros," the UEFA statement continued.

A group of Swedish fans were attacked by a gang of Napoli supporters wielding bats and knives, with two being stabbed during the confrontation, a day before the match with AIK.

Napoli have three days from the dispatch of the reasoned decision to appeal the UEFA decision.