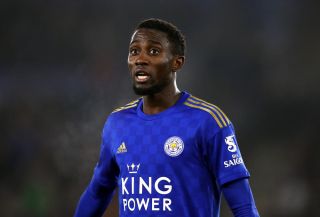 Leicester midfielder Wilfred Ndidi will not be ready for their home game against Manchester City on Saturday.

Ndidi is struggling with a knee problem – the same one which required surgery in early January – while fellow midfielder Hamza Choudhury is suspended.

Recent loan signing Ryan Bennett and Matty James will both come into the reckoning, but Nampalys Mendy (knee) is still out.

Raheem Sterling will play no part for Manchester City.

The England winger is making good progress following a hamstring strain and could return to contention for next week’s Champions League clash with Real Madrid.

David Silva is also out after being forced out of the midweek win against West Ham with a slight knee problem but Oleksandr Zinchenko is available after suspension.