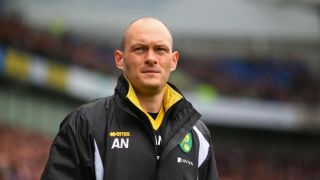 Norwich City manager Alex Neil made no excuses for his side following their 3-0 defeat at the hands of fellow strugglers AFC Bournemouth.

Goals from Dan Gosling, Charlie Daniels and Benik Afobe secured a comfortable victory for the home side at the Vitality Stadium as they dominated for virtually the entire 90 minutes.

Aside from a second-half chance wasted by Dieumerci Mbokani, the visitors rarely looked like scoring, with the result leaving them just four points outside the relegation zone.

And Neil was left puzzled by his charges' lacklustre display in what was a potentially vital game.

"We didn't deserve anything," he told Sky Sports. "Bournemouth were the better side and we didn't play well.

"The team surprised me today in terms of how poorly they played."

And Neil continued to pull no punches as he went on to list some of his side's deficiencies during what was a first defeat at Bournemouth since 1958.

"We didn't do well enough in terms of second balls," he commented. "We didn't do enough with the ball when we had it and defensively we got caught out on a couple of things that we'd spoken about before the game, so that was disappointing.

"The team that we picked today has been relatively unchanged for the past four or five weeks and we've performed really well in some of those games.

"But for whatever reason, we didn't perform as well today."