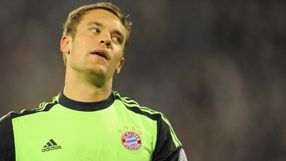 Bayern Munich swallowed the bitter taste of unexpected defeat to BATE Borisov in the Champions League on Tuesday, and goalkeeper Manuel Neuer has vowed the Bundesliga giants will quickly return to winning ways.

"We now have to stick with it, keep working," said Neuer after the 3-1 loss to the Belarusian champions in Minsk.

"We have to win the two upcoming games against Lille and then with nine points things will look up again. Obviously for us it is very bitter to lose 3-1."

The defeat ended Bayern's nine-game winning streak and the four-times European champions, who beat Valencia in their opener, found themselves in an unexpected three-horse race in Group F.

Bayern, Champions League finalists last season, are on three points - the same as Valencia who beat Lille 2-0 on Tuesday. BATE are top with six.

The Bavarians spent more than €70 million on the transfer market in the close season in an effort to go one step further than last year when they lost to Chelsea on penalties in the final in Munich.

However, neither holding midfielder Javi Martinez, picked to start over Bastian Schweinsteiger, nor forward Mario Mandzukic made any impact in Minsk.

After a largely one-sided first half when they should have scored at least twice, Bayern, playing without the injured Arjen Robben, lacked pace and creativity and were unable to get back into the game after BATE took a 2-0 lead in the 78th minute.

Coach Jupp Heynckes said the team should learn a lesson from the defeat.

"Now we have realised that we cannot allow anything more to happen in the Champions League and have to get points. We have to see every game as if it were a final.

"Maybe this situation will make us attack each game with 100 percent of what we have and as focused and motivated as necessary," Heynckes told reporters on Wednesday.