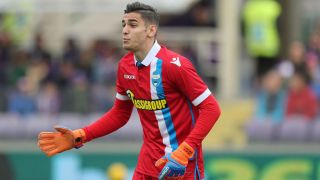 The goalkeeper joined Napoli for a reported €22million from Udinese and was expected to instantly become first choice following the departure of Pepe Reina to AC Milan.

But the 21-year-old, who was restricted to just 13 Serie A appearances on loan at SPAL last season due to injuries, has endured a bad start to life in Naples.

During training on Wednesday, Meret was reportedly involved in a collision and, as a result, has suffered a fracture to the ulna bone in his left arm.

It is unclear how long he will be sidelined, but typically such injuries can take anywhere between three and six months to recover from.