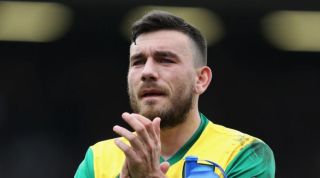 Steve Bruce named two strong squads for the games against North Ferriby United and Harrogate Town, with Tom Ince, Robert Snodgrass and Jake Livermore - who was on loan at the club last season - all featuring against the former.

While the trio of new arrivals played their part in a 1-1 draw, another team including the likes of Tom Huddlestone, Robbie Brady and Yannick Sagbo ran out 5-0 winners at Harrogate.

Ince, who spurned Inter to move to the KC Stadium, was brought down for a second-half penalty that was converted by Shane Long, but the visitors did not have it all their own way.

Ferriby missed a spot-kick of their own through Nathan Jarman two minutes later following a foul by Curtis Davies, while Snodgrass fired over the crossbar from Ince's delivery on the hour mark.

With just 10 minutes left, the hosts drew level as Mark Gray netted for the Conference North side.

Brady and George Boyd both scored twice at Harrogate, with Calaum Jahraldo-Martin also finding the net in a convincing triumph for last season's FA Cup runners-up.

Bruce is likely to utilise his full squad in the coming campaign as Hull embark on a first foray into European football, while looking to maintain their Premier League status.