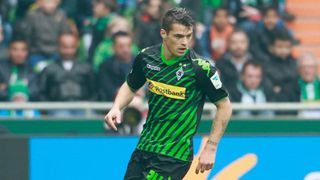 The Gunners have been heavily linked with the Switzerland international who, earlier this week, claimed playing in the Premier League was a "childhood dream".

Eberl, however, insists the 23-year-old midfielder is happy at Gladbach and will remain for the second half of the Bundesliga season.

He told Sport1.de: "There are no offers, there is no figure that I have seen in black and white and there is no contact with Arsenal.

"I would like to say clearly once again at this point: Granit Xhaka wants to stay in Monchengladbach and we do not want to sell him.

"He is a super player for us and will contest the second half of the season here. As for the figures I have seen floating round, they amuse me."

Eberl conceded the club may have to sell their star assets in the summer, adding: "Each club has its role.

"We have developed some super players in recent decades, players who have celebrated great success, but have been forced to sell them. This will not change over the coming years. The upside is it enables us to take a new path."

Gladbach go into the 'Ruckrunde' in fourth place after a remarkable first half of the season.

Having lost their opening five games, Lucien Favre resigned, with his successor Andre Schubert inspiring a remarkable run of just one defeat in 12 matches, including a 3-1 defeat of Pep Guardiola's Bayern Munich.

"Andre has a lot of ideas, the team still wants to give everything and with him the work is very intense," said Eberl.

"As a sporting director, it is a good feeling when you have a coach who wants to implement those ideas with the team."